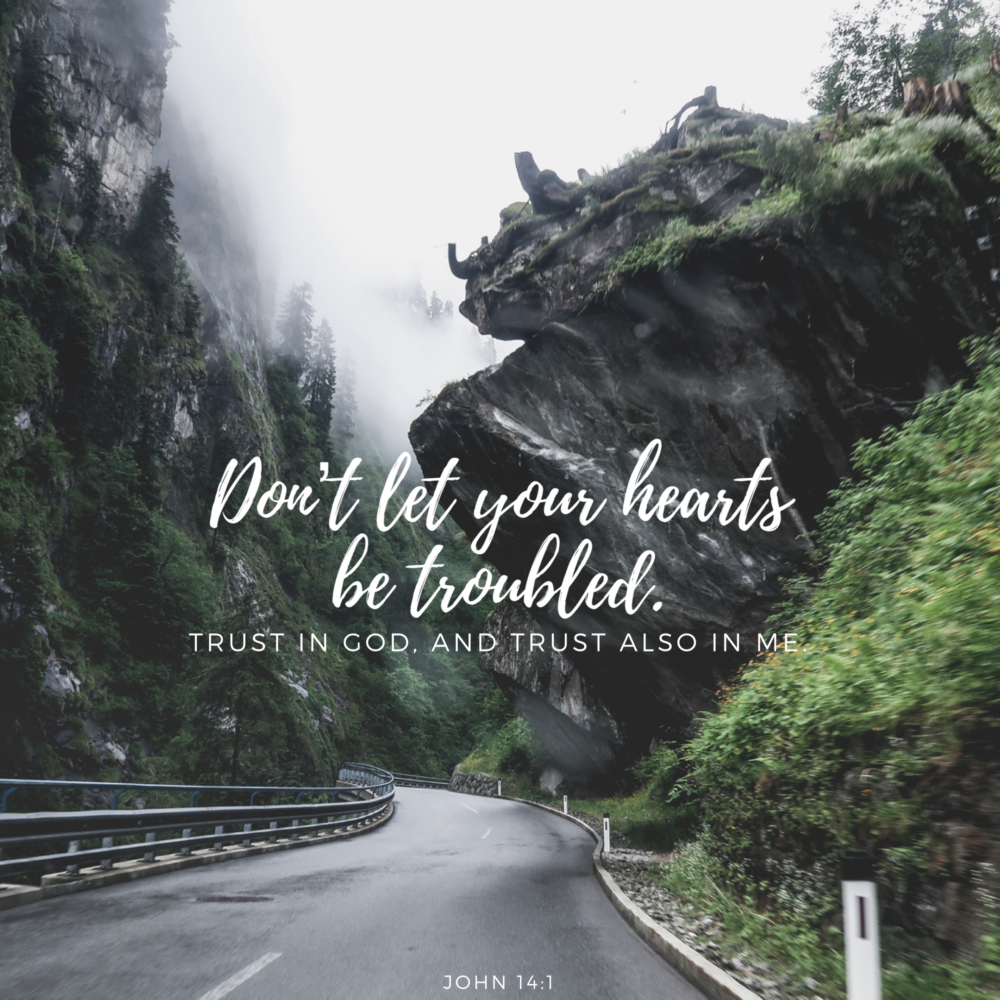 It was their last night together. Judas had run off to do his thing. Jesus was telling the disciples that He was leaving, going to a place where they could not follow Him to right then. He said He would prepare a place for them so that when it was time, they would join Him there. These words are sandwiched in between Peter’s declaration that He would die for Jesus when Jesus told him he would actually deny his Savior and Jesus’ declaration that He would prepare a place for them.

I sense that Jesus knew His words had stung Peter and that Peter would need to know that even with his denial of Christ, He was loved, accepted, wanted, and precious to the Lord. Jesus wanted all of them to know that they didn’t have to be upset, bothered, or frightened by what was about to happen, even His death. He was telling them up front to trust in God and trust in Him.

They sorta, kinda, maybe listened. A little. But everything turned so quickly. It all happened so fast. They had gone out to the garden to pray, something that was normal. Then the soldiers, the swords, the kiss. He was taken from them. He was tried. He was crucified. Dead. I can just imagine that the thoughts of not being troubled were gone quickly as the swords were drawn. They were in fear for their very lives! Jesus, knowing all this would happen had reminded them that He was God and fully trustworthy.

Fear is a powerful thing. It overtakes our minds and can cause physical issues within us. It can make decisions for us that we would never make in our right minds.

This is when our faith in God is critical. That faith can override what fear tries to instill when we exercise it.

Let’s try it today, this trusting God, trusting Jesus despite what our eyes and feelings tell us. Let’s operate on what we KNOW instead of what we FEEL. Let’s not be troubled, but believe in God and believe in Jesus.