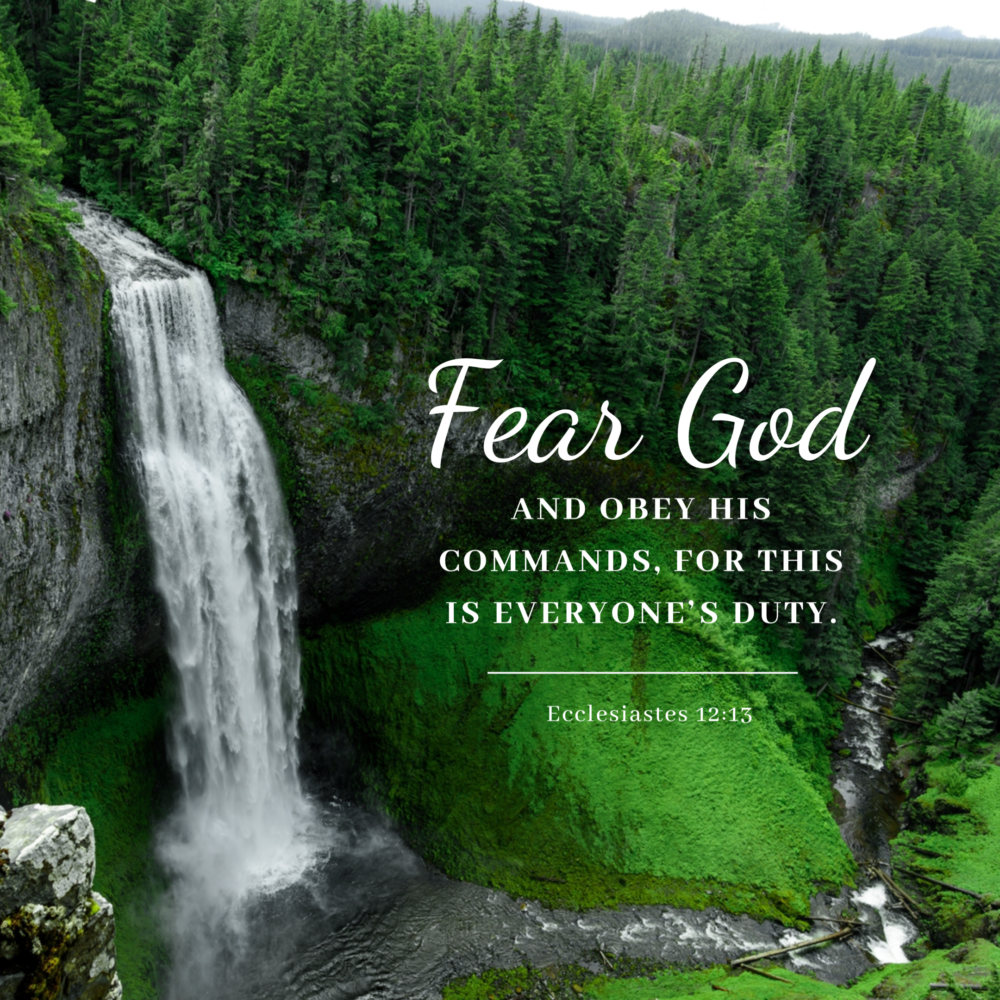 Fear God? But He’s supposedly so kind and loving. Why should I fear Him? I mean, is He some sort of Grinch waiting to take away my fun and life? Not so sure I want to be part of that.

I hear you. We love to think that God is only love. We tend to forget that He is perfectly just and holy as well. Talking about not fearing the people who would want to kill them, Jesus said we should fear God as the One who can not only kill us, but throw us into hell (Luke 12:5). Men can merely take our lives. God can change our eternity. That’s a lot longer.

Other scriptures that are translated to “fear” are speaking of the reverent worship — feeling or showing deep and solemn respect we should afford God. This reverence is the kind where we lay aside everything, E V E R Y T H I N G, in order to worship Almighty God. It’s the kind of fear that means we don’t be-bop into the throne room with a “Hey, Dude!” attitude. We enter His presence knowing we really have no right to be there, that the only way we have entrance is because of the mind-blowing sacrifice of God Himself on the cross for us.

I think this is why, in the model prayer that Jesus prayed, the one we like to call ‘the Lord’s prayer’ begins with reverent solemnity and praise of the Creator. It’s incredibly important that we recognize who God is and that we are not Him. Too often we place ourselves on the same level and act as though we’re peers.

Here me, Believer: WE ARE NOT GOD’S PEERS and our worship – not just the singing time at church – should reflect that.

Yes, we are invited to enter His courts with praises and His presence with prayer and supplication. That doesn’t negate the requirement of the fear. It’s time we stopped praying to God as though He were some cosmic vending machine, doling out the fixes we ask for just because we ask. He isn’t and He doesn’t.

In this time when we’re taking the time to be separate from the world because of the COVID-19 virus, instead of scrolling through Facebook one more time or turning on the TV, let’s look into the scriptures to learn who God really is. Let’s consider that He spoke … SPOKE … into existence, then formed man from the dust of the earth and woman from him. That by itself is such an amazing thing! Let’s consider that He opened a pathway for over 600,000 people to walk across the bottom of the Red Sea on DRY ground. Have you ever walked across a recently dried puddle? How muddy was it, especially below the surface? He did that again at the Jordan River, holding back the waters that were at their normal out-of-the-banks depth so the people could walk into the land He had given them on DRY ground.

Zoom ahead to think of Jesus and how He healed people of deadly disease with a word — even if they weren’t in His presence. He raised a man from death — four days after he died! Our God is amazing and powerful. He speaks worlds into existence and even stops the sun from traversing the earthly sky in order to help His people.

All this and so much more is in the Book. Let’s reverence God by utilizing this time away from the norm learning of His greatness. Let’s see Him as perfectly holy and learn what that really means. Let’s not waste this gift we’ve been given!