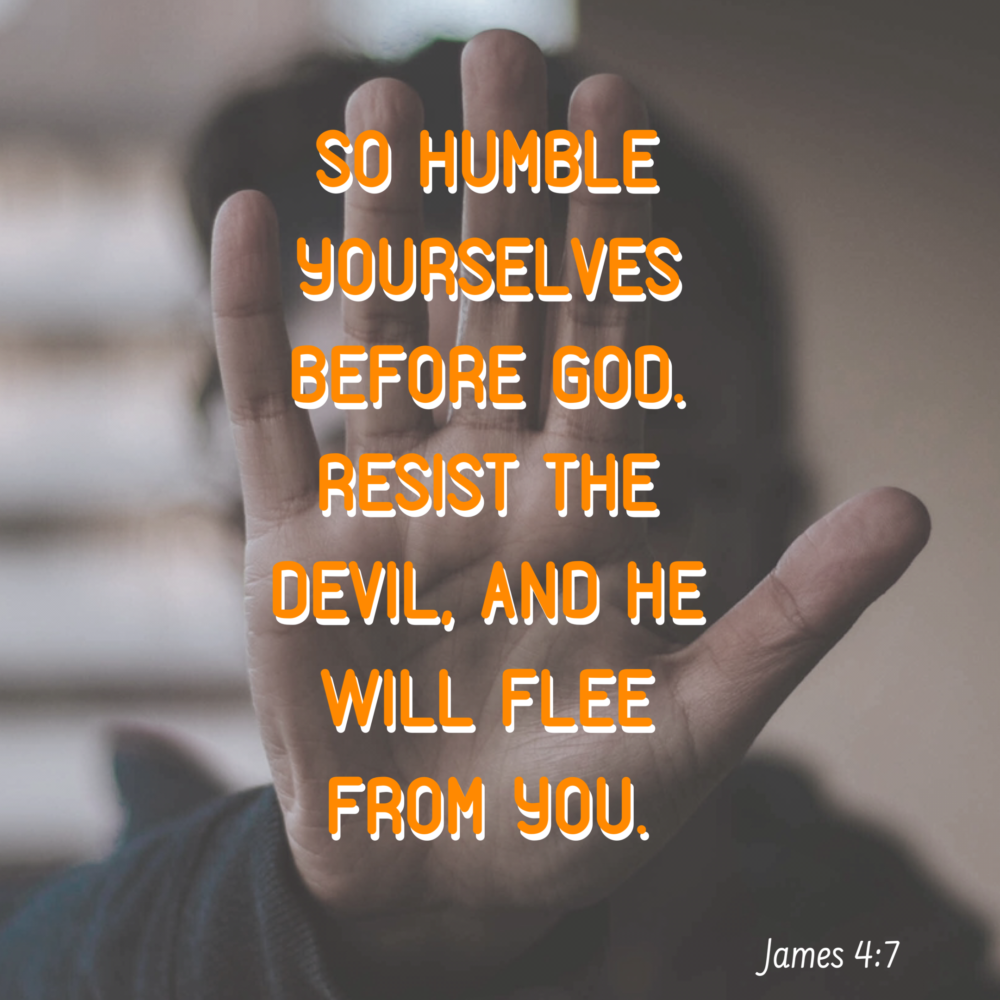 I love the way James wrote. Simple and straightforward. He could seem intense, his words not softened, but you get to the crux of the matter very quickly.

In chapter 4, James talks about how our motives may be all wrong which leads to fighting among believers along with other acts that are like those who don’t know Christ.

He declares boldly that being a friend of the world puts us at enmity with God. Then in the next breath we read that God opposes the proud but gives grace to the humble.

That leads to the words, “so humble yourselves…” to James that’s the logical conclusion. But what’s that look like?

Some who claim the title of Christian like to keep one foot in the Kingdom of God and one in the past life – the world. We can’t do that. God says you have to be all in, that choosing the world at all means you’re choosing to be His enemy.

That means laying down the ways that are like the world. Ways and thoughts that cause others to wonder to which camp you belong. We can’t love God and the world. We just don’t have the capacity, and God says no.

Let’s sum that up in one word: SURRENDER.

Give up. Let go. Submit to God’s authority. Surrender all control of you to the One who made you and loves you beyond measure. Choose Him over and over every minute of every day instead of wrenching the reins from Him. No more looking longingly back at the way things were. Not if you want to be His friend instead of His enemy.

And the last part? Resist the devil and he will flee from you? Sounds good, huh?

Here’s what I see in this bit of truth. The enemy will attack. He will come after believers. Done deal. When we realize that, this resisting becomes important to us.

This resisting doesn’t involve kicking & screaming, throwing things, or fighting. This is a resistance of standing firm in the Truth of God. It works when we’ve fully submitted ourselves to God, recognizing His authority over us.

For example, the thoughts of your inadequacy ramble though your brain telling you you’re not good enough. You will never be good enough. You’re not a good mom/dad/wife/husband and you never will be.

Those are lies, y’all. Almighty God made you and saved you. You are important to Him and His plan to save the world. If He corrects you, it’s with love, not condemnation. If you’re feeling like a useless worm being crushed under a heel, that’s the enemy and it’s time to whip out some truth on his head.

Learn the truths about you in God’s word. Really learn them. Write them on cards and put them everywhere you know the devil tries to sideline you.

And friend, hear me well here: you have to speak these truths – your resistance – out loud. The enemy cannot read your thoughts. If you just think, “I’m resisting the devil today” it’s a good thought, might even bolster your resolve, but it didn’t do anything to send the jerk running.

Maybe today memorize 2 Timothy 1:7.
“For God has not given us a spirit of fear and timidity, but of power, love, and self-discipline.”

Start your day with that vocal declaration:

This is you holding up your hand to tell the devil to stop where he is and go back where he came from.