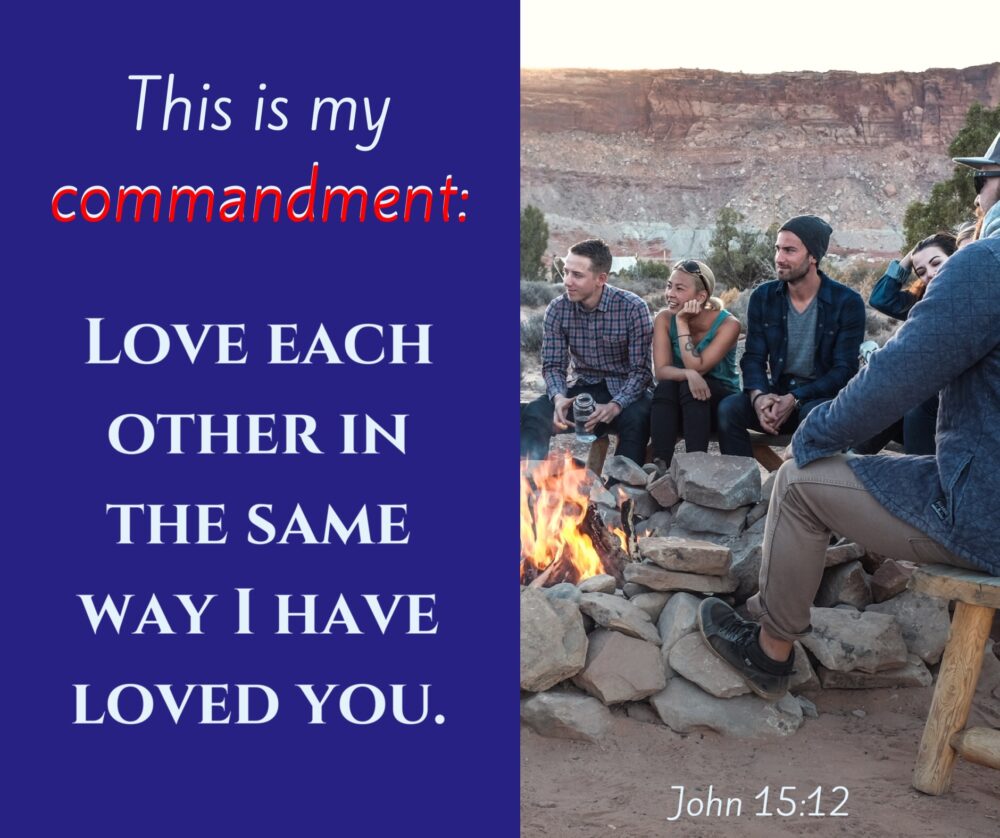 Jesus was talking at length to His followers in these words later recorded by John. Here He tells those who have chosen to follow Him to love each other the way He has loved them. More than just telling them, He says it’s a command.

I can’t help but believe the intent of these words remains the same over the millennia since they were spoken.

Trouble is, today we don’t do that. During my life I have seen and experienced the animosity between denominations, even between churches. The great divide between Catholic and Protestant. If we followed Jesus’ edict, we would be loving *those* people who believe in Him, no matter the church they attend.

Too often we look at the people in another church as the enemy when in reality, we all war against the same enemy and he doesn’t follow Jesus.

When was the last time you attended a church that isn’t a part of your denomination? If they are bearing the fruit of obedience to the Savior, does it matter which organization they are affiliated with?

To be sure, there are people in every church who don’t really know the Lord, those who have not given up to let Jesus be Lord over them and Savior of them.

That doesn’t mean there are no believers.

It’s high time we stopped thinking of *them* as enemies and remaining against them. It’s time we started seeing other believers as partners in building up the Kingdom of God.

How much more would we get done for Christ if we did?

What if we in this church helped promote the events in that church and attended them when possible? What if the world at large saw believers reaching out of their stained-glass fortresses to help one another?

Didn’t Jesus say we would be known as His by our love for one another? Does that mean the watching world thinks we’re not His because of our warring against one another?

I am blessed to be in a community where several of the churches are knocking down those barriers. The pastors from seven different churches – non-denominational, Baptist, Church of God, Methodist, Full Gospel – meet together each month to share their hearts with those who understand what they live. They share victories and joys, sorrows and trials. Then, once a month the community gathers with those pastors to pray, and once a quarter to worship.

I also know of two fairly large churches who work together to provide meals for their community every week, meaning that twice every week, those who have little don’t have to go without.

As individuals we can – and must – do something! Jesus didn’t speak to the church administrators, He spoke to individuals. If we want to be obedient to our Lord, we must love our brothers and sisters in Christ – even if they attend a different church.

Let’s do more than consider this today. It’s only a thought until we take action. Let’s do what it takes to love ALL believers like God does so the world will know we are His disciples and long for what we have: Jesus.