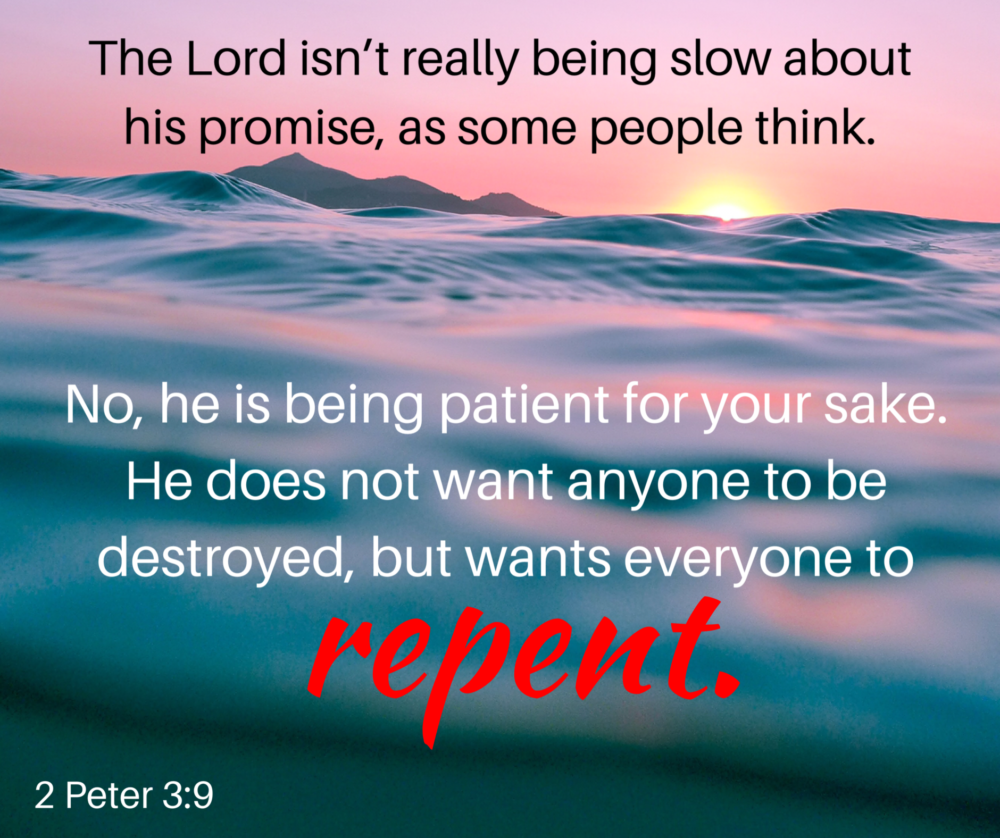 Don’t we get in a hurry with God? He made promises, but we haven’t seen the fruition so we take one of two stances.

We decide He is a liar and doesn’t keep His promises or that He’s just toying with us and He didn’t really mean what He said.

We may not like it, because we like to think we’re in charge or that everything revolves around us, but God has a very specific timeline and is going to follow it. He’s had it in place since He created time.

He always keeps His promises. But He’s not a vending machine or a fairy godfather, acting when we turn the knob. He is the one and only Almighty Sovereign God. Throughout Job, Psalms, and Isaiah, we see Him questioning man about His sovereignty, asking who can do what He has done, declaring that He needs no one to accomplish what He wants done.

Jehovah God is the only truly self-sufficient one there is!

So, while it seems that the promises He has made aren’t being kept, we have to remember that we’re not privy to His timeline. We don’t have a printout of His agenda. We don’t have access to His calendar.

In verse 8, Peter wrote that a day is like a thousand years and a thousand years like a day to God. As in, we don’t get God’s timing. Think about it: the time since Jesus rose from the grave has been less than a week to God! To us, it’s many lifetimes.

And the second part of the verse? God is being extraordinarily patient toward us, giving us plenty of time to repent.

Here’s the sticky part we like to gloss over. This repentance doesn’t seem to be talking about salvation, since Peter’s audience was the Church – believers in Jesus.

So, God is being extraordinarily patient with us, giving us every opportunity to repent and turn away from our favorite sins, the ones we say we can’t put down, the ones we think aren’t that bad in the grand scheme of things, the ones that we compare to others’ and see they’re not as bad.

Believer, don’t be fooled. Every sin, no matter how tiny we think it is, causes separation between us and God. His love for us is intact and never failing. By choosing our sin over Him, we are choosing to not be able to enter His presence. We are choosing to have Him not hear us when we pray. We are choosing to tell Him He matters less to us than our desires.

Might be time for a Lamentations 3:40 day when we examine our ways and test them, then return to the Lord. THAT is repentance.

No better time than the present. He’s waiting.