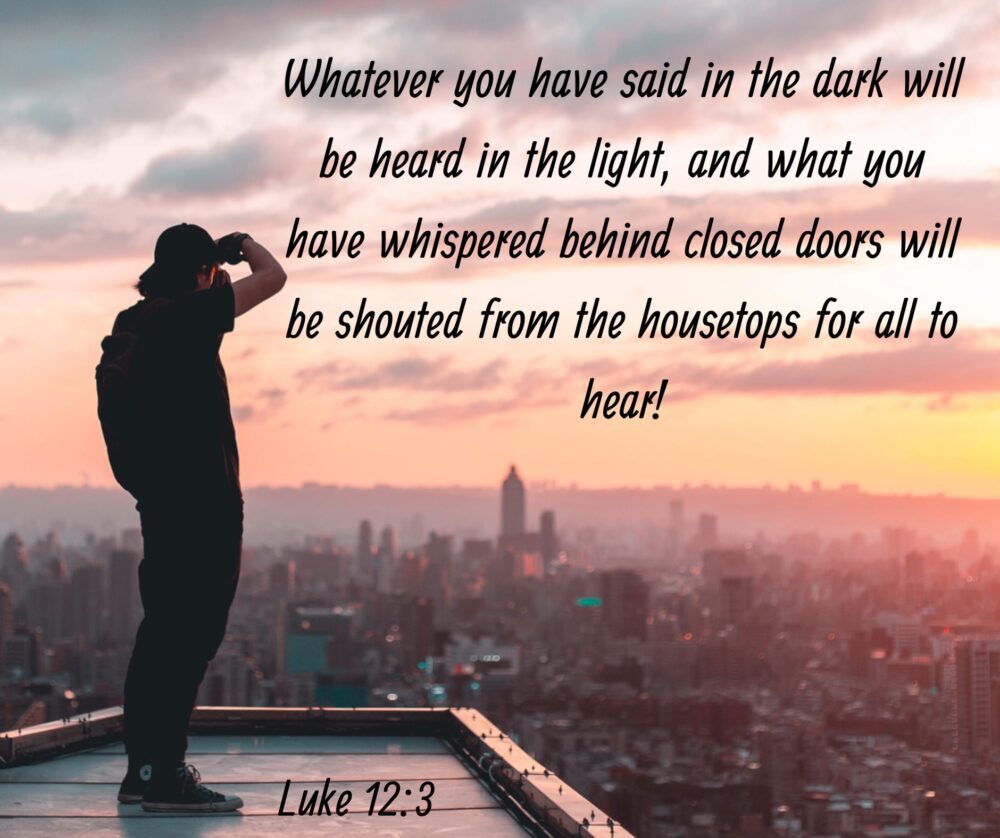 When was the last time you ushered someone behind closed doors to share a secret you wanted absolutely no one else to hear?

What about those plans you made that were less than ethical so you kept all discussion of them on the down-low?

Imagine every one of those shouted from the rooftops so that everyone could hear them. Imagine being identified as the start of that rumor, or the brains behind that plan that hurt so many.

Jesus said very plainly that all these things the Pharisees and religious leaders tried so hard to hide wouldn’t remain hidden. They would be brought to light, their secrets shouted from rooftops.

I can’t imagine it would be different for us.

Now, Jerusalem didn’t have skyscrapers, but there were buildings with a two or three stories. Imagine how sound carried when standing on a high point in the city, bounding through streets and alleys, bouncing off walls. This is what our Lord talked about.

The revealing of the secret plans
and words would not be missed,
and likely repeated in echo.

Umm… I don’t know about you, but I’ve said and done some things I don’t really want shared like that.

It might be time to revisit some of those times we closed doors or leaned in close and agree with God that they were wrong (confess). The next step is to not do it anymore (repent).

If we have something to say about someone and we can’t say it to their face, we must not say it at all.

If we’re making plans that won’t please God, we must shut those down.

Simply put, if what we’re doing or saying would shame or dismay us if shown on TV (our form of rooftop), we should not do or say it. That’s all.

Let’s be intentional about what we say and do today and every day.