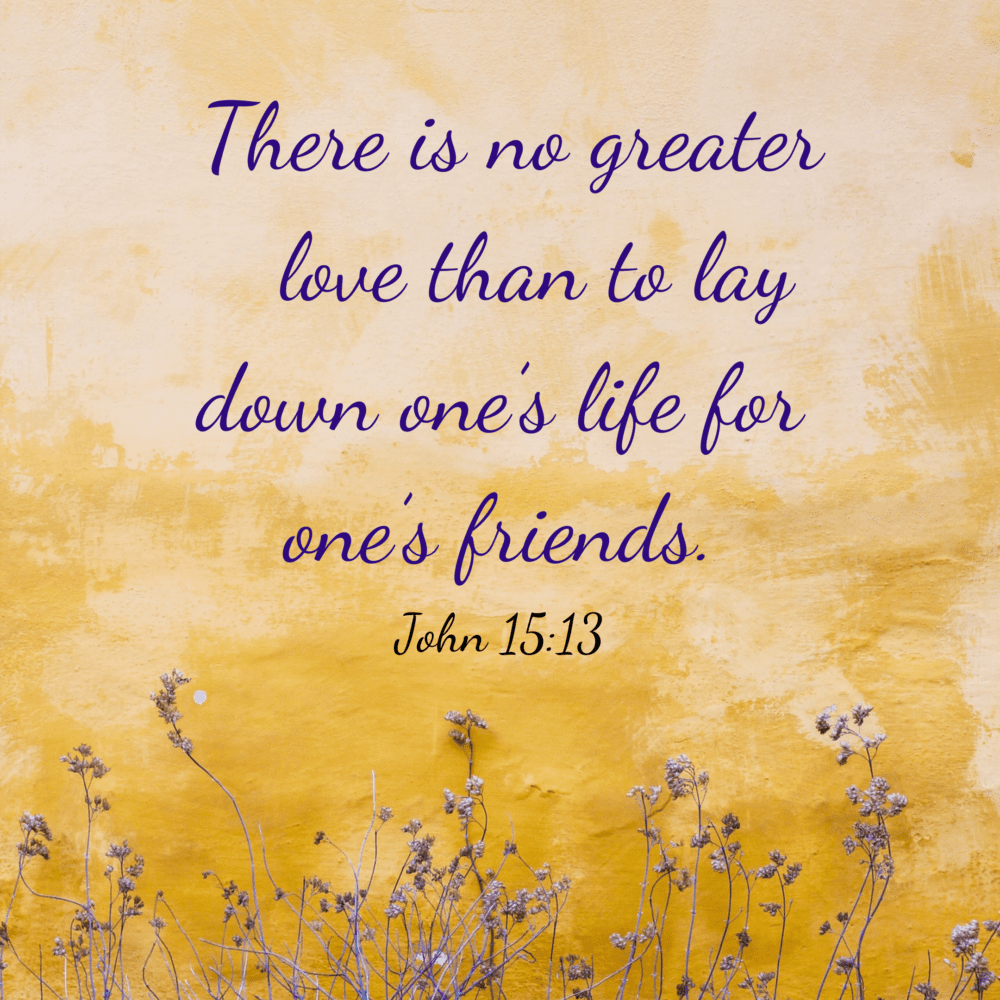 Your parents gave you life, would you lay it down for them?

What about your spouse? Would you lay your life down for him/her?

If it was the only way to save these loved ones from horrible torture and unbearable, ongoing life as death, would you give your life for them?

To be perfectly honest, most of us would like to think that we would, then when confronted with that possibility, shrink back from it.

In this scripture Jesus was talking about what was about to happen. He wanted His followers to understand that the Jewish leaders nor the Romans TOOK His life, He laid it down.

Do you know the old gospel song, “What a Friend We Have in Jesus”? This verse makes me think about that.

Jesus didn’t just die for His friends, though. He died for those Jewish leaders and Romans who either hated him or were ambivalent enough to carry out the sentence that hatred meted out.

He died for those who rejected Him, for those who said, “Isn’t this Joseph’s boy? Who does he think he is, acting like a rabbi? He should get back in his place!” (That’s my take on the passage in John 6 when Jesus preached in His hometown.)

He died for those yet to be born who would call His sacrifice faked and those who would twist His every word.

I’m human. I love my family dearly, but I really don’t know that I would die for them. I hope that I would.

What love! What a friend!

He died for you, too, then rose again on the third day, conquering death once and for all. For believers, death is just the means by which we move to live with God, and that’s a whole ‘nother devotion!

Today let’s focus on Jesus, on His friendship given even when we weren’t friends, and how He laid down His life for us.

Maybe we can lay down our lives for Him by living for Him and in obedience to Him.