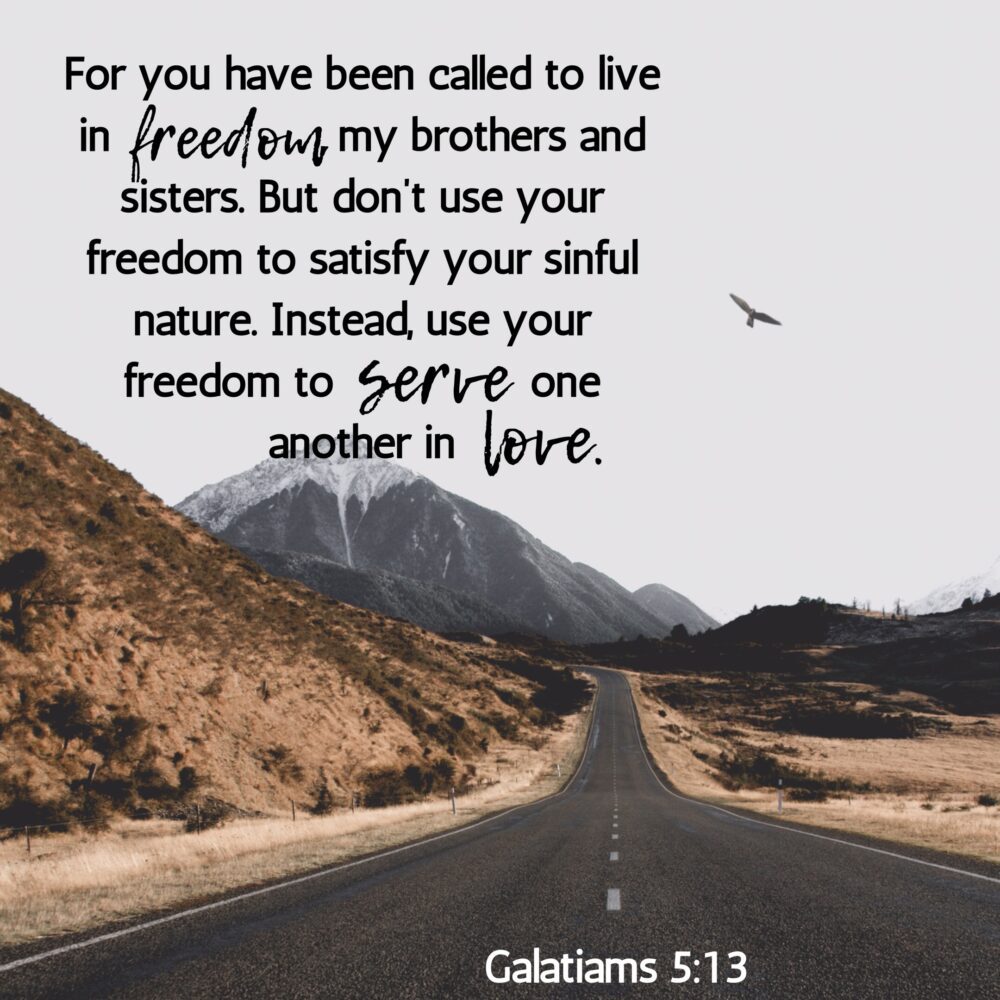 What a powerful thing to say!

We have been CALLED to LIVE in FREEDOM!

We are called out of the captivity of our sin to walk in freedom. God called us to live free from the entanglement of sin, without shame, without fear. WOOHOO!

When you were a child and you did something wrong, how did you feel waiting for the discipline from parent or teacher?

I’ve recently been reading in Psalms where we see the phrase “God lifts my head.”

As I read that, I see the child who has done wrong, sitting with head hung low, tears falling, heart aching. Then the dad comes to the child and reaches down, places a finger under the child’s chin and lifts his/her face up. It is then the child can see the scowl, the frown, the reddened face, but he/she also sees the love filling the eyes.

God’s call to live in freedom is like that dad lifting that head.

No more shame. No more guilt. Look up! See your Savior!

Oh, but that next part. Don’t you know God knew how humans think! Some of us would definitely look at this reprieve as the opportunity to make more poor choices, likely worse than the ones we’ve been bound up in.

God says through Paul to use this newfound freedom for something much different than we’ve known: serving each other in love.

He told the church to serve each other.

I think He expected those who had experienced this freedom to share it with the other believers, and while that might have included bringing supper to them, it also more than likely included the lifting of the head and cheering that one who recalls how horrible he’s been back to wholeness and healing. Serving one another in love by telling their story – how they were before, how they met Jesus, and how they are now.

We who know the salvation of the Lord, who understand this freedom He gives should be reaching back to draw others to where we are. Welcoming them into the family of God, teaching them in His ways, explaining scripture – it’s not just the preacher’s and deacons’ jobs.

Whenever we celebrate our nation’s freedom, we should look at our own. Take a peek back at what you were rescued from and gaze at where you are in that regard. Choose today to walk in the freedom only Christ can give and share that with the believers around you by serving them in love.