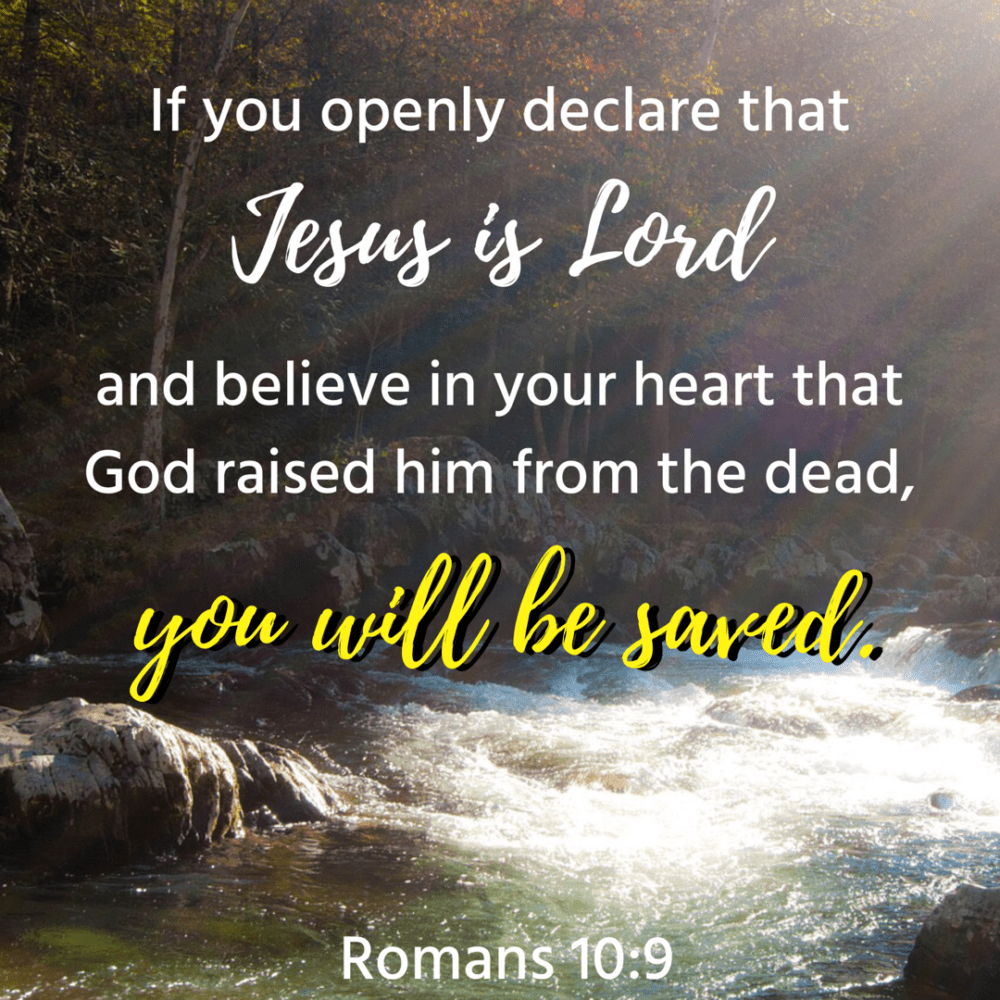 Have you openly declared this?
Do you state these beliefs, declaring your faith as fact?

Might I point out that if you don’t do both, you are not saved.

There’s no place in scripture where He says we’re saved by asking Jesus to live in our hearts.

There IS, however, Romans 10:9 that shows a simple two-step process.

1.) OPENLY DECLARE the lordship of Jesus (the fact that He is God).
2.) BELIEVE IN YOUR HEART that God raised Jesus from the dead.

There’s not an OR in the verse, making it a choice between the two, the word used is AND. It’s not either-or. It’s both.

While many of us make such a declaration through the act of baptism, which is ordained by God, I don’t think that’s what God was talking about here. I think it’s more.

I think it’s a lifetime of repetitive declaration and belief.

When a coworker is having a difficult time, we can express that the way we deal with similar situations is dependence on Jesus, because He is Lord.

When a scary diagnosis comes our way – for us or a loved one, as we share about it, we can openly declare our certainty that the outcome belongs to Jesus, He is Lord.

When someone notices the peace we exhibit though under stress, we can explain it’s because we know that Jesus is Lord.

We are given all sorts of opportunities to make this declaration, but do we use them? Or when that coworker tells of their tough situation, do we shake our heads and pour another cup of coffee? When we share the news of the diagnosis, do we also state that the outcome is in human hands? When the question of our peace is raised, do we simply nod, acknowledging their notice?

If He didn’t, then this salvation gig is a hoax.

If He didn’t or couldn’t raise Jesus from a literal death, what will God be able to do for us?

If we don’t believe He is that powerful or that loving or that trustworthy, why would we trust Him for our eternity?

Both this declaring and believing go hand in hand. They are dual requirements for salvation.

Let’s check ourselves today. Do we openly declare that Jesus is Lord? Do we believe that God actually raised Jesus from the dead?

When both are true, we are truly saved.